On April 1st, the Crittenton Centers was to host its 2nd Annual Baby Brunch, now postponed to a later date. Although we cannot be together in person, we still want to celebrate virtually and recognize our amazing Junior League of Peoria sustainers Joan Janssen and Terry Best! 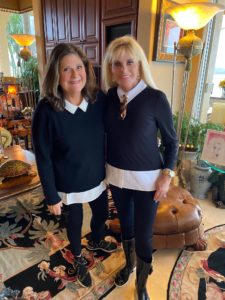 Joan Janssen was the visionary leader who brought the first Crisis Nursery to the state of Illinois!

In the 70s, Joan was serving as both President of the Board at Crittenton, Chairman of the State Public Affairs Committee for the Junior Leagues of Illinois and along with her dear friend, @Terry Best, a delegate to the Governor’s commission for the prevention of child abuse and neglect.

At that very first conference of the Governor’s Commission, there was a showcase of a Crisis Nursery in Mishawaka Indiana. Joan knew it was a perfect linkage for Crittenton and the Junior League of Peoria to partner in bringing this program to Peoria. Joan proposed the idea to the long-range planning committee and off they went in a van to Indiana to visit the Nursery.

In 2020, Joan’s vision has led to 100,000 admissions of children now up to the age of seven who have been served by this amazing program.